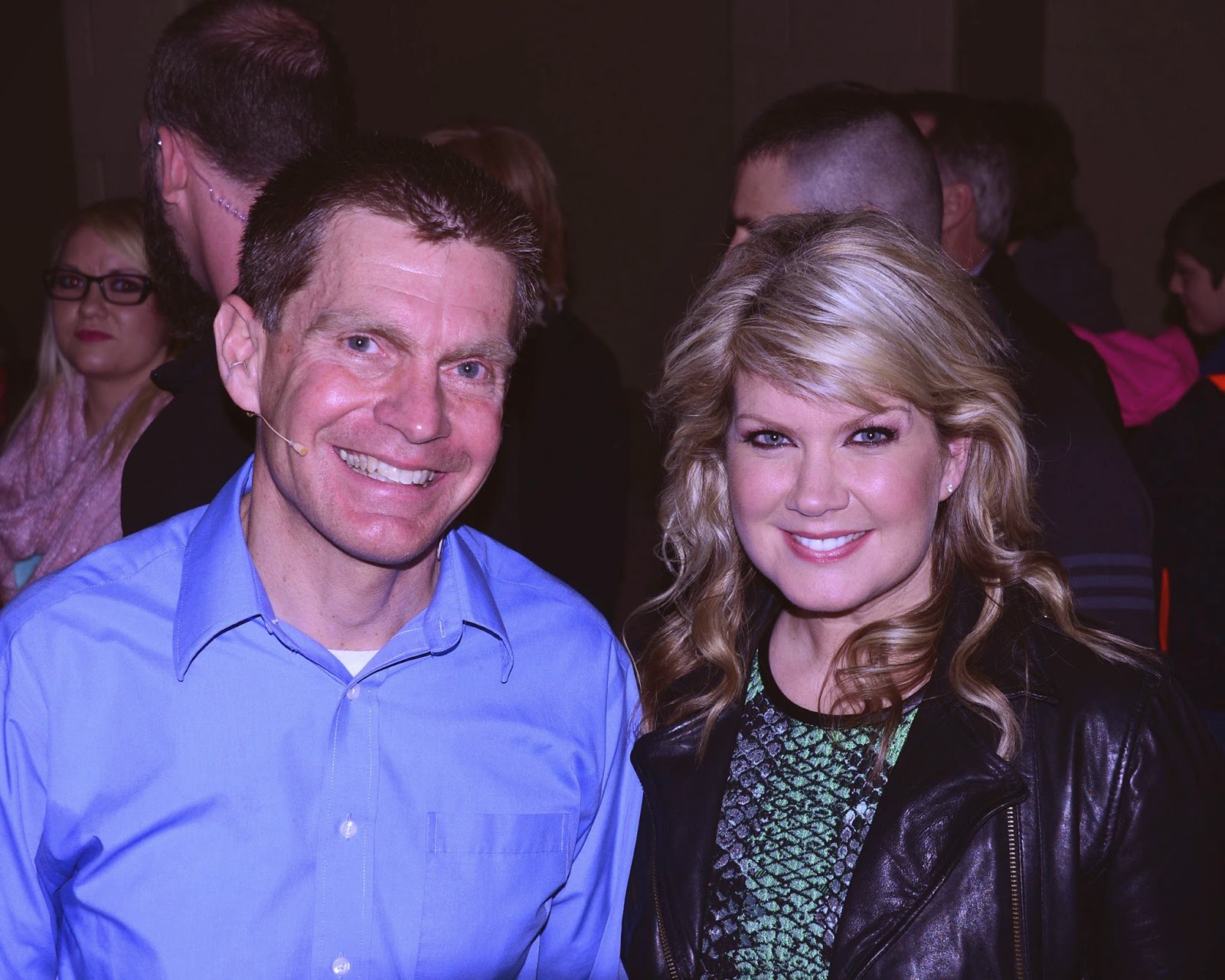 Now that GSN has officially released this news we can too, without all the details. Here is the Press Release given by Game Show Network... The one hour show will begin showing June 5 for 8 consecutive weeks. Look for Grace Community Church from Goshen Indiana.

Our Prayer has been and will remain that Jesus is the star of this one hour show. We saw it as a great opportunity to showcase Jesus and godly values for dating and courtship to millions of viewers. It was a very full week of filming with almost 100 hours of filming. We won't tell you how it all ended but will say it was a great week.

You will see the Goshen surrounding area in much of the filming and the inner workings of our Church. Natalie Grant is a Jesus loving Musician and she is the real deal! Be looking for the release... and Pray that Jesus uses it for his glory!

Hosted by 2014 Grammy® Nominee and multi Dove Award winner Natalie Grant, IT TAKES A CHURCH features Christian congregations across the country who play matchmaker in a competition to help an unattached fellow parishioner find their partner.  Each one-hour episode features a different congregation from across the country including Brooklyn, NY; Baltimore, MD; Goshen, IN; Milwaukee, WI; Rock Hill, SC; Oxnard, CA; and Tempe, AZ.

Each week, one unsuspecting single who has a desire to find a mate, is surprised to learn that their church is coming together to help them find love, led by their own Pastor, who speaks to the situation and gives advice on the potential suitors. The partnership provides ChristianMingle with in-show integration throughout the season; plus all of the daters who are not ultimately chosen will receive annual memberships to the dating service.  In addition, GSN will produce a custom short form micro-series for ChristianMingle that will air as interstitials throughout the commercial breaks of the show. Terms of the arrangement were not disclosed.

“We’re thrilled to be partnering with ChristianMingle on the upcoming GSN series, IT TAKE A CHURCH,” commented John Zaccario, EVP, Advertising Sales, GSN. “This brand enhancing integration talks directly to the consumer in an endemic environment.”

"The new GSN series is the perfect platform for ChristianMingle," added Ashley Reccord, Community Manager for ChristianMingle. "Working with the show further showcases our extensive efforts to provide the Christian community with opportunities to find God’s match for them.”

IT TAKES A CHURCH is produced by Authentic Entertainment for GSN, with Tom Rogan and Lauren Lexton ("Flipping Out," "The Best Thing I Ever Ate") serving as Executive Producers along with Richard Hall ("The Amazing Race") of Great Blue Productions. Sean Kelly ("Minute to Win It") is Consulting Producer.