When you see this it 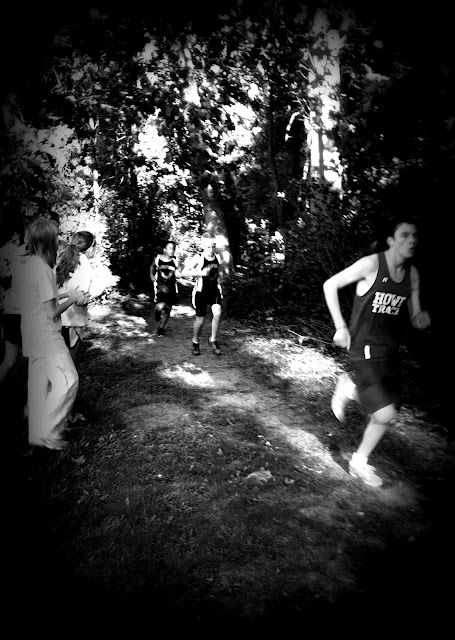 Life is a lot like this xc race Isaiah found himself in last night. At the one mile point he was working hard yet he could not get past this runner pictured above. He started out hard and ran as fast as he could. As I stood at this point in the race I was so very proud of him for giving everything he had.

Yet the race wasn't finished and Isaiah had another mile to go... 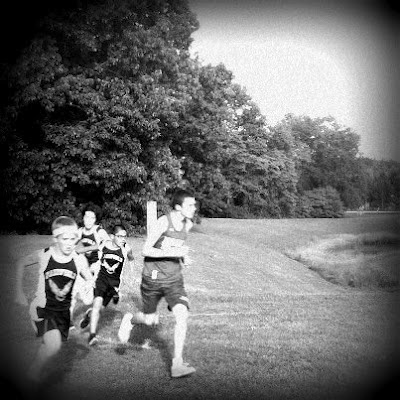 Something happened in Isaiah's gut at this point, with about 200 yards to go he dug deep inside of his heart and passed this dude. As I stood and watched the determined look on his face I knew he was going to get him and he did.

As he crossed the finish line, he was personally rewarded with his personal best time. But, even more importantly he busted through that barrier of doubt, uncertainty, and fear that often keeps one from experiencing the joy of personal victory. When you stand on the sidelines and see this, it inspires you to do the same with whatever you are facing in life. The second mile doesn't have to look like the first mile! Thanks Isaiah for inspiring your Dad!
Posted by Unknown at 2:23 PM

Labels: when you see this it